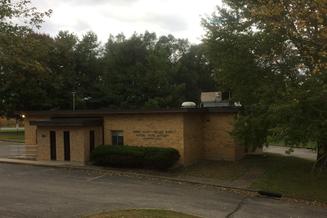 Between 1979 and 1981, two 500,000 gallons per day treatment plants and a sewer collection system with pumping stations were constructed under 75% Federal Grant and 8% State Grant project programs.  Both the towns of Belvidere and Oxford built their own lateral sewer systems that deliver wastewater into the Authority’s collection system for conveyance to each treatment plant.

From the completion of the major infrastructure, the Authority funded its debt through a temporary short-term bonding plan.  A permanent financing plan was developed and adopted in 1986.

In 1987 the Authority began accepting wastewater from interceptors constructed by the County of Warren to service the wastewater needs of the new County administration buildings on Route 519 and the county facilities at Warren Haven.  The Warren Haven collection system has been subsequently taken over by the WC(PR)MUA.

1988 saw the connection of the newly constructed Resource Recovery Facility (trash burner) and Ash Landfill into the Oxford Township’s sewer system.  These two large industrial users brought new challenges to the proper operation of the Authority’s treatment facility at Oxford.

Over the years the Authority has provided wastewater collection and treatment for the users in Belvidere, Oxford, and White Township.  New developments served were Toll Brothers in Washington Township; Cambridge East and Spring Meadows in Oxford; Country View, A & P Shopping Center, Riveredge and Brookfield Retirement Community in White Township; and Belle Meadows and Lifestyle 80's in Belvidere.

A maintenance agreement exists between the Authority and White Township to maintain a syphon line on Water Street.  A portion of this sewer line passes through Belvidere’s sewer system.  Belvidere receives a transmission fee for White Township flow.

Both of the Authority’s treatment plants have been updated and upgraded over their years of service.  A dechlorination system, a fine bubble aeration system, long lasting non-metallic sludge collectors in the primary tanks, and sludge handling systems have been installed to increase plant performance and efficiency.